How does light bend around my finger tip?

To see why this happens, take a look at this diagram:

The black dot is a distant object, and the dashed lines depict light rays emerging from it and hitting the lens, which refocuses them to form an image on a receptor surface (the retina in your eye, or the sensor in your camera). However, since the lens is slightly out of focus, the light rays don’t converge exactly on the receptor plane, and so the image appears blurred.

What’s important to realize is that each part of the blurred image is formed by a separate light ray passing through a different part of the lens (and of the intervening space). If we insert an obstacle between the object and the lens that blocks only some of those rays, those parts of the image disappear!

This has two effects: first, the image of the background object appears sharper, because the obstacle effectively reduces the aperture of the lens. However, it also shifts the center of the aperture, and thus of the resulting image, to one side.

The direction in which the blurred image shifts depends on whether the lens is focused a little bit too close or a little bit too far. If the focus is too close, as in the diagrams above, the image will appear shifted away from the obstacle. (Remember that the lens inverts the image, so the image of the obstacle itself would appear above the image of the dot in the diagram!) Conversely, if the focus is too far, the background object will appear to shift closer to the obstacle.

Once you know the cause, it’s not hard to recreate this effect in any 3D rendering program that supports realistic focal blur. I used POV-Ray, because I happen to be familiar with it: 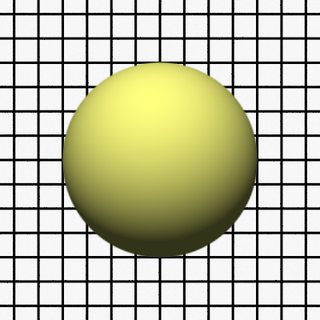 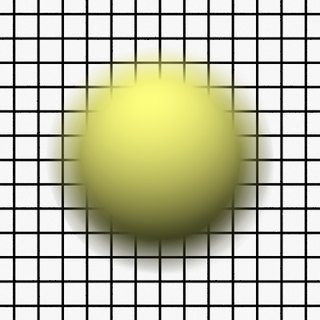 Above, you can see two renderings of a classic computer graphics scene: a yellow sphere in front of a grid plane. The image on the left is rendered with a narrow aperture, showing both the grid and the sphere in sharp detail, while the one on the right is rendered with a wide aperture, but with the grid still perfectly in focus. In neither case does the effect occur, since the background is in focus. 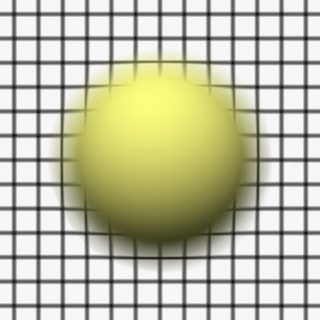 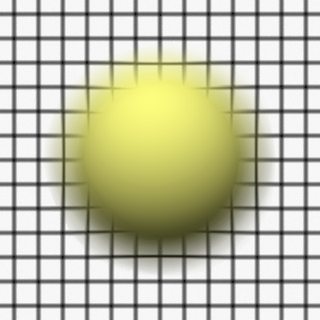 Moving the camera focus further away from the background plane makes the effect even stronger: 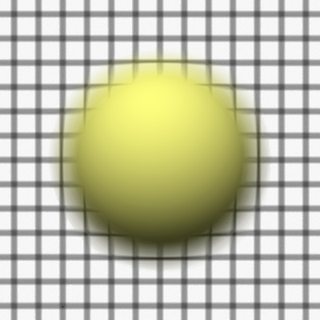 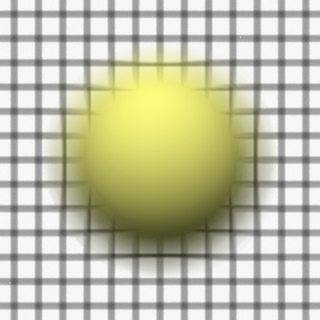 You can also clearly see the lines getting sharper near the sphere, as well as bending, because part of the blurred image is blocked by the sphere.

I can even recreate the broken line effect in your photos by replacing the sphere with a narrow cylinder: 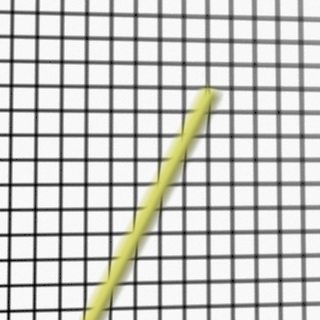 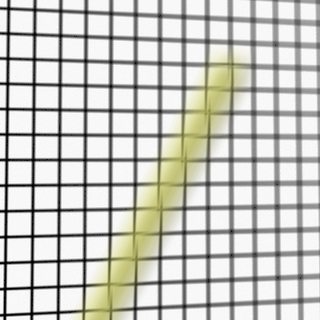 To recap: This effect is caused by the background being (slightly) out of focus, and by the foreground object effectively occluding part of the camera / eye aperture, causing the effective aperture (and thus the resulting image) to be shifted. It is not caused by:

C Programs C++ Programs DS Programs C# Programs Java Programs Python Programs PL/SQL ProgramsSwift Programs
We use cookies to ensure that we give you the best experience and use cookies in order to personalize the advertising that you see on our website. Read more about our Privacy Policy.Got it!